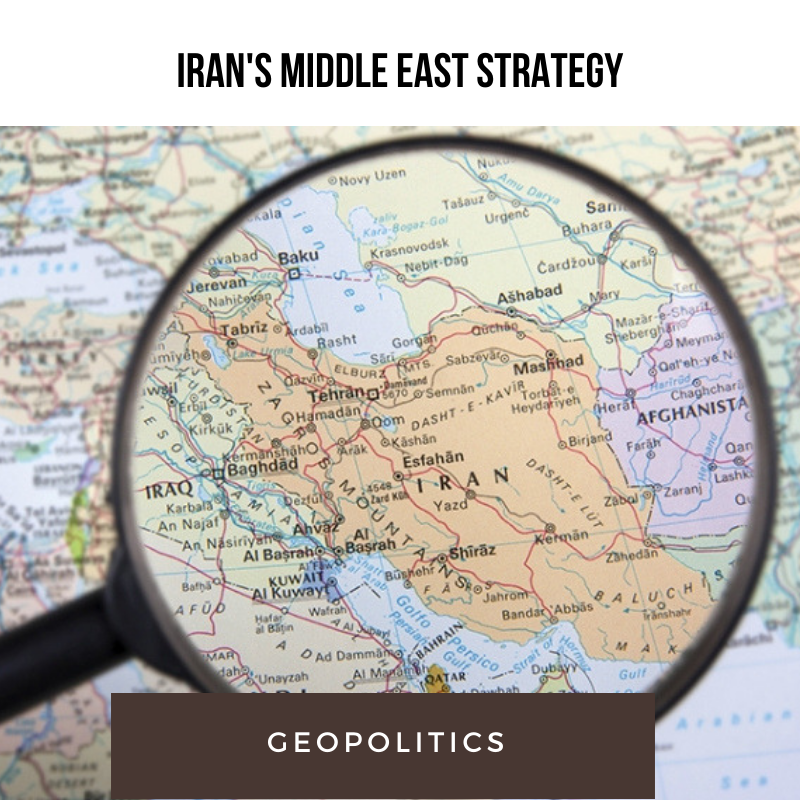 A look at the map of the Middle East reveals three major geographic regions: the Anatolian Peninsula (Turkey), the Arabian Peninsula (Saudi Arabia) and the Iranian Plateau (Iran).

All three regions are partially protected by seas, deserts and mountain ranges. All three represent major geographic units and great population centers, of which Turkey and Iran are far bigger than the Saudi monarchy.

All three are also happen to merge on the Syria-Iraq territory, the historic ‘Fertile Crescent,’ making this a highly contested and therefore unstable territory in the Middle East. No wonder wars have been waged for decades there.

Beyond geography, all three states have a wide network of small and large regional allies. However, it is Iran which stands out as the country which possesses a clear strategic vision of what it wants the Middle East to be, ambitions rooted in the country’s history, the above mentioned geography and, to a certain extent, in the revolutionary zeal (tied into religious intentions) following 1979.

Turkey, too, has wider geopolitical ambitions in the Middle East, but they are more in the process of evolution. Turkey, with its great economic and military potential, is only now opening up to the wider region and gradually working on establishing a long-term vision of a ‘Turkish Middle East’.

The Saudis lack the geopolitical tools needed to cover the entire Middle East region and so it is only Iran which has so far managed to establish a clear, near grand strategic vision of its place in the Middle East. One of the components of this vision has traditionally been to have direct land access to the Mediterranean Sea. Historically, various Iranian dynasties vied to reach this economically and militarily important sea. No wonder that Iran, after the revolution of 1979, worked prodigiously to reach this strategic goal.

Indeed, when we mention the killing of Qasem Suleimani, which took place in Baghdad in early January, it should be remembered that we are talking about a major Iranian strategist who meticulously worked on extending Iranian military and economic influence right to the Mediterranean shore. Suleimani was the first Iranian to be able to do this after Sasanian Shah, Khusro II, who in the 610s-620s invaded and controlled the eastern Mediterranean. This deeper historic vision, more than simple contacts with Lebanon’s Hezbollah, explains why Iran has been keen to be involved in the wars and internal politics of Syria, Lebanon and Iraq.

This, of course, means that the loss of Suleimani is an important strategic defeat in Iran’s wider strategic vision of the Middle East. Moreover, Suleimani was at the top of a wider network of personal contacts covering numerous semi-official as well as overly clandestine groupings across the entire Middle East. In this region, personal links always play a greater role. This makes the death of Suleimani a problematic issue for them as his network, built throughout decades on personal authority, could begin to split. One of the major goals of the current decision-makers in Iran will likely be to preserve the existing network which covers Yemen, Lebanon, Syria and large parts of Iraq. Yet this wider vision of Iran’s place in the Middle East would threaten US interests, which have always involved keeping the Eurasian landmass as divided as possible.

Quite naturally, these opposing geopolitical perspectives will inevitably clash. Then comes Iranian animosity towards the US presence in Iraq, as well as Washington’s moves to limit the Iranian influence. Competition between the two is bound to continue, ranging from firing rockets and carrying out clandestine operations, to undermining one another’s geopolitical assets across the Middle East.

Nevertheless, the Iran-US confrontation will likely remain short of an open military clash. For decades, one of the pillars of Iran’s strategic vision has been to avoid direct military confrontation with the much more powerful US: any moves which might lead to a military clash would threaten the very foundation of Teheran’s vision and its regional network.