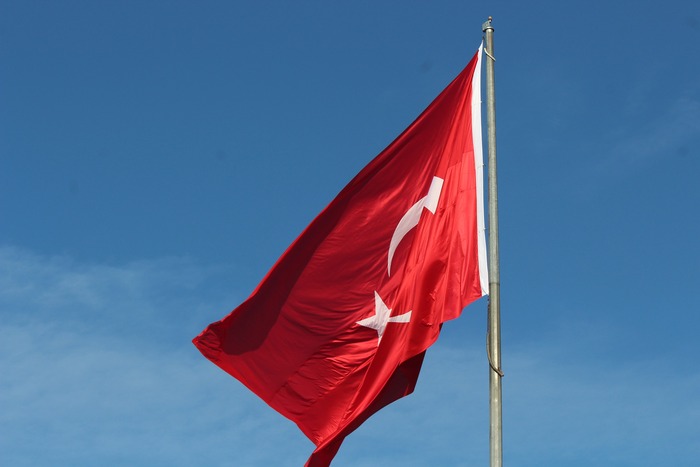 As Turkey-Russia disagreements intensify in northern Syria, another theater – the Black Sea and the South Caucasus – is starting to play a bigger role in Turkey’s thinking in the coming years. Ankara is likely to increase its military and economic cooperation with Georgia and try to shore up Tbilisi’s NATO membership aspirations.

Turkey’s significance in the regional geopolitics is dictated by the country’s geography and the fact that it borders regions of different geopolitical importance. Whether it is the Black Sea, South Caucasus or Syria, all these regions experience crises of alternating magnitude, which directly impacts Turkey’s borders. Though over the past decade Ankara has remained perceptive of various military and economic developments along its borders, nevertheless, it could be argued that it is the Syrian crisis that has largely consumed Turkey’s entire foreign policy attention. It is in Syria that Ankara has faced its major competitors, Russia and Iran, which, both, against Turkish interests, pursue their strategic goals of securing the sovereignty of Syria under the current president, Bashar al-Assad.

However, as Moscow’s pressure on Ankara in Syria grows, Turkey might turn its attention to other regions to offset Russian influence. Two such regions are the Black Sea region and the South Caucasus where the security situation has worsened significantly. Over the past decade there have been consistent efforts from Russia to increase its military and economic influence in the region. The annexation of Crimea in 2014, ensuing military efforts to limit maritime traffic across the Kerch Strait, exponential growth of the Russian military personnel in Georgia’s Abkhazia, Tskhinvali Region, etc. all these measures complicate any viable western countermeasures in the region. Therefore, due to its geographic proximity and geopolitical interests in the Black Sea and South Caucasus regions, Ankara, in light of heightened competition with Russia in Syria, is likely to play a more active role in these theaters.

Indeed, Turkey is quite worried over the recent decade’s developments to its north and north-east. Though Ankara and Moscow have shown that both could successfully cooperate in different theaters, they, however, remain geopolitical competitors with diverging visions over the Black Sea and the South Caucasus. Russia’s annexation of Crimea leaves little chance for two powers to find a lasting compromise. In fact, Ankara has already started addressing this problem through helping Ukraine build a powerful military which could serve as a certain limit on Russia’s ambitions in the Black Sea area.

This geopolitical thinking was underscored in February when Turkish President Recep Tayyip Erdogan visited Ukraine and announced $36 million in Turkish military aid for Ukraine. During the visit a framework agreement on cooperation in the defense sector was signed, which aims to facilitate cooperation between the countries in the defense sphere on the basis of reciprocity. This Turkish policy builds upon its recent consistent efforts to shore up Ukraine’s military capabilities through intense cooperation meetings. Moreover, in 2019 Baykar Makina, a privately owned Turkish drone maker, has won a $69 million contract to sell six Bayraktar TB2 UAVs to Ukraine. Indeed, on February 12 Turkish and Ukrainian military delegations openly discussed the possibility of enhancing bilateral security cooperation in the Black Sea region. This also involved potential participation in joint exercises and intensification of dialogue between Turkish and Ukrainian naval forces.

Thus, based on this trend, it is likely that in the coming years we could witness a further growth in military cooperation between Kyiv and Ankara. The latter would specifically work on expanding Ukraine’s defense capabilities both, maritime and land, vital to limit Russia’s military operations in eastern Ukraine or at sea along Ukraine’s Black Sea coast.

In the South Caucasus

That Turkey’s evolving thinking towards the Black Sea region is not an isolated case is also clear in Ankara’s recent growing attention paid to Georgia. For example, in December 2019 Turkey announced it would allocate 100 million Turkish liras (about $17 million) to the Georgian Ministry of Defense to carry out a reform in the sphere of the military logistics. This follows a significant growth in the transfer of Turkish defense capabilities to Georgia throughout 2019. In the first 11 months of 2019, exports of Turkish defense products to Georgia amounted to $3.9 million, which is approximately 37.8% more than what was during the same period of 2018. These measures also link up with a deep military cooperation that both states enjoy within Turkey-Georgia-Azerbaijan trilateral format (extended for 2022) when in mid-2019 the parties agreed to cooperate in creating military forces and defense systems in line with NATO standards.

This region has always been a space of intense Turkish-Russian competition and it is a crucial component of the country’s strategy of foreign policy diversification Ankara has pursued since early 1990s. Turkey has actively worked on connecting the South Caucasus region to its growing energy market consumption by initiating/facilitating various east-west energy and infrastructure projects. The TANAP, Baku-Tbilisi-Kars railway, Baku-Tbilisi-Ceyhan etc. have served as a powerful tool for Ankara to secure/strengthen its vital geopolitical interests. This thinking was clearly reflected during the latest meeting between the Turkish President and Georgian PM, Giorgi Gakharia in October 2019. For example, Erdogan stressed that the Baku-Tbilisi-Kars railway represents not only “a step of historic importance,” but it also “introduces a new means [of transportation infrastructure] that interconnects the three friendly countries [Turkey, Georgia, Azerbaijan].” Thus, it is in Turkey’s vital interest to keep the corridor to Azerbaijan and the wider Caspian basin as free and secure as possible primarily from Russian military and economic ambitions.

To pursue this agenda would be possible through an increase of military cooperation with Tbilisi. However, though significant in numbers, just Turkish military aid (provided to Georgia in 2019 and in previous years) might not be enough to extensively increase Georgia’s military capabilities. Indeed, over the past decade or so, while Syria dominated Ankara’s agenda, Russia’s intensive militarization of Abkhazia and Tskhinvali Region changed a balance of power in the South Caucasus.

This geopolitical thinking could have been behind an interesting reappraisal of Turkish foreign policy. This January, during the Davos World Economic Forum in Switzerland, the Turkish Foreign Minister Mevlut Cavusoglu unexpectedly called for Georgia’s accession into NATO: “I don’t understand why we have not invited Georgia, or [that] we haven’t activated the action plan for Georgia to become a member.” He also added “We are criticized for having relatively better relations with Russia as a neighbor, but our western friends are not agreeing to invite Georgia because they don’t want to provoke Russia. But Georgia needs us, and we need an ally like Georgia. So, we need enlargement and Georgia should be made a member.”

This represents a novelty in Turkey’s approach. Growth in military cooperation with Georgia as well as an open support for its NATO aspirations could well signal the beginning of a new strategic approach within Turkey’s neighborhood. Considering the military pressure emanating from Moscow in the Black Sea and Syria, Ankara could start pressuring the Kremlin by propping up those very borderland states which share difficult relations with Russia.

This is still far from a clear proxy competition, which takes place between the US and Russia. Moreover, Turkey and Russia will be striving to avoid confronting each other militarily. Even if the Syrian conflict ends in the near future, Turkey will still have to address a changing military, thence geopolitical, balance of power to its north and north-east, to limit a predominant Russia.

For Tbilisi, on the other hand, an evolving perspective in Turkey’s foreign policy could provide a significant geopolitical boost in its quest to link up with NATO. Turkey using its vital position as a NATO member could offer a much deeper military cooperation beyond what is already seen within the Turkey-Georgia-Azerbaijan trilateral cooperation.