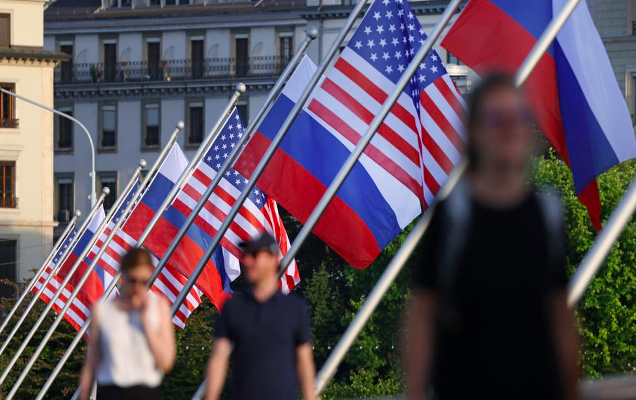 The day has almost arrived. Geneva is hosting a meeting between President Biden and President Putin on the 16th of June. This is the first European trip for the Russian President since nearly 1’5 years of isolation due to COVID-19, and his first time to meet a US president since the Helsinki summit in 2018.

The summit is taking place amid an increasingly unstable situation on many fronts translating into an ever-growing tension in the Western-Russian relations. The arrest of the Russian opposition leader Alexei Navalny and the flagrant attempt at poisoning him with novichok earlier last year is just one of the most notorious recent seeds of discord. In fact, not only Navalny has been immediately arrested and kept in poor conditions since his return to Russia in January earlier this year, but his health has been deteriorating continuously too.

Interestingly, on the eve of the summit, and namely in an interview held on the 14th of June, President Putin refused to give any guarantee that Navalny will survive the prison and get out alive after his 2-1/2 years in jail, which could be further extended on the decision of the Russian court.

Easing tensions with Ukraine, agreeing on a global policy on climate change, tackling cyberattacks which damage Washington’s interests and Ukraine’s accession to NATO which irritates Moscow, moving towards a more predictable diplomacy and drawing the red lines on both sides seem to be the obvious goals of the rencontre, albeit little hope is left of any kind of real rapprochement by this point, both powers collide just on too many fronts and no reconciliation is expected to happen anytime soon.

On the other hand, political turmoil in Belarus is also one of the pressing issues on the table. It is expected that both Presidents tackle the disquieting topic, especially for the Europeans. Alexander Lukashenko does not take lightly this very likely discussion happening behind his back, as he is aware that no one will be asking his opinion by now. Perhaps that is the reason why the illegitimate ruler unsuccessfully tried to invite the American and Russian leaders to Belarus to discuss the ‘important matters’, as he put it.

The old games of maneuvering between the West and East, portraying itself as a neutral terrain during the Ukrainian crisis, has gone for Belarus. After the rigged elections of the 9th of August last year with tremendous repercussions for the civilian population and a devastating impact for the country’s image abroad, it became clear that the point of no return was reached. And yet, the whole world witnessed something even more terrible: Lukashenko ordering one of his fighter jets to force a civilian commercial Ryanair aircraft 4978 to divert from its flight path from Athens to Vilnius and land in Minsk so that the Belarusian authorities could arrest Roman Protasevich, a Belarusian journalist who was the editor-in-chief of the NEXTA Telegram channel.

That incident put in risk, for the first time directly on behalf of the Belarusian regime, the lives of the 132 foreign passengers on the plane. According to Michael O’Leary, Ryanair’s CEO, the action of the Belarusian authorities must be considered as a ‘premeditated hijacking’ and it set a new very dangerous precedent. The terror is no longer confined to the borders of what is commonly referred to as the ‘last dictatorship’ in Europe.

Now, the demonstration calling for Navalny’s release and that of the rest of the political prisoners was held earlier on the 15th of June in Geneva. This came as no surprise because it seemed like the perfect moment, just a day before the high-profile meeting.

Protesters gathered around the Plainpalais square, the only place that was given green light for the rally, even though the demonstration was initially scheduled to take place in front of the United Nations Office, but the city authorities lifted the permission to celebrate the event last minute. Nonetheless, people still managed to come together to raise their voice loud and clear: “Alexei Navalny must be freed immediately”.

The demonstration was organised by some of the members of the Russian diaspora present in Geneva, but members of the Belarusian and Ukrainian diasporas also participated and chanted many slogans together, such as “Russia will be free”, “free Navalny”, “long live Belarus”, “glory to Ukraine”, “Putin to the prison”, “all for one, and one for all”, etc.

The event was agreed with the local Police and public order was maintained at all times despite some very mild provocations, presumably from Putin supporters. The peaceful rally addressed political repressions, human rights’ violations and antidemocratic rule in the whole post-Soviet space, not only in Russia, with several speakers coming from diverse ethnic minorities of Russia and Uzbekistan, apart from the main representatives from Russia, Ukraine, Belarus and Kazakhstan.

Some participants were holding placards in support of Navalny (« Free Navalny ») and against the Russian President Vladimir Putin (« Putin, stop drinking blood of Russia »).

One of the demonstrators even wore a Vladimir Putin mask and put on a show for the many media that were present at the event. Shirtless, with tattoos of KGB, the hammer and the sickle, he was running around and handing out fake banknotes, madly screaming that he was not a theft nor a killer, a rather entertaining show to say the least. The fake Putin was always carrying a vial of Novitchok poison or a bottle of polonium, in reference to the Aleksandr Litvinenko and Sergei Skripal cases, where the Russian authorities are suspected of having used these poisons.

Many still remember the Cold War era, when the US President Ronald Reagan met with the Soviet leader Mikhail Gorbachev in 1985 in Geneva too. That summit can be undoubtedly considered as a milestone in the tense relations between the two superpowers of that time, as it was agreed to pursue cuts in their nuclear arsenals.

However, expecting an alignment of a comparable magnitude this time would appear most likely naive. Nonetheless, the pursuit of any form of dialogue between some of the major world powers is always a good sign.

More pictures from the demonstration taken by the author of this article: