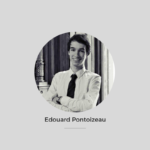 Edouard Pontoizeau is analyst coordinator for the Quebec Post Soviet Studies Network (Réseau Quebecois d’Etudes Postsoviétiques) and coordinated the International Affairs Committee of the University of Montreal, member of Montreal Junior Chamber of Commerce. Specialized in the study of political and economic transition within the post soviet space, his thesis linked endemic corruption in the petroleum industry with the maintenance of rentier states such as Azerbaïdjan.

His work is about matters of public actions’ coherence in the management of strategic infrastructures and financial/political elites’ schemes of actions and decision-making at a state level.

Based in Canada, Edouard Pontoizeau graduated in Political Science with Honours from the University of Montreal (M. Sc. 2018).