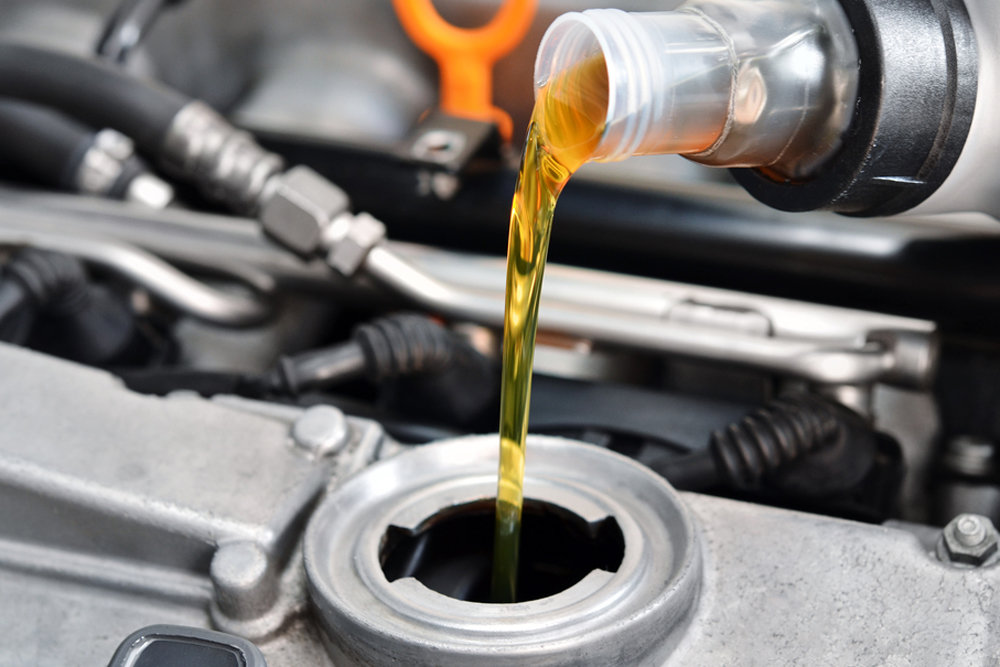 On the 21st of October the oil prices have risen once again for the 21st time this year reaching a new record. The latest increase in price was hardly a surprise for Belarusians, though, as the gasoline tariffs were being permanently increased at a rate of one Belarusian copeck per week (0’05$) for the last 5 months.

Despite the recent increase in world crude oil prices since 2017 (from 60 to 85$) and the likelihood of this trend to continue in the following months, especially if the relations between the US and Saudi Arabia deteriorate, Belarusian authorities claim to have not expected these issues trouble the Belarusian economy at all as its energy resources, and especially when it comes to oil and gas, are being heavily subsidised by Russia. However, this phenomenon, which had almost become a rule of thumb for the Russian-Belarusian cooperation for decades is starting to evolve against the Belarusian interests. According to some analysts, the very entrenched ties between the two States are starting to fall apart, at least as for the energy agreements concerning petroleum. But what are the possible reasons for the increasing tension and why is it currently taking place at a time when both countries seem to be desperately needing each other for varying, but rather obvious, reasons?

In order to answer this question, one should take into account both the Russian internal regulation market reform, that is the new tax policy that will eventually abolish the export duties on oil by 2024 affecting significantly its oil export prices, as well as the Belarusian перетаможка scheme (oil “re-clearance” in order to re-export the Russian oil to the European partners in the EU). In that sense, Russia views it as legitimate to either increase the oil prices for Belarus or cut its exports to Belarus, the second option being more likely after the recent discussions between the two heads of State and the statement of the Russian ambassador to Belarus the previous week in which he announced that both parties agreed on zero indicative balances for the oil supply. Thus, Russia will not supply any more oil to Belarus until 2020. 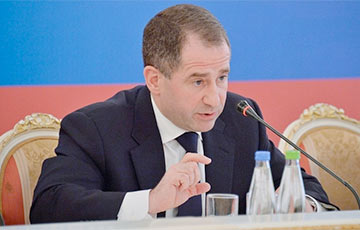 This said, the desire to re-align the energy policy towards Belarus seems understandable from Russia’s stance if one considers that subsidising the Belarusian economy by providing cheap energy resources was never meant as a free gift from the “big brother”. On the contrary, Belarus is of a vital strategic interest for Russia being its closest ally in Europe. As a matter of fact, energy prices constitute the best leverage for Russia to control its smaller neighbour.

Nevertheless, given Lukashenko’s increasing ambiguity towards Russia since the Ukrainian crisis in 2014 and the so-called “balanced” policy between Russia and the EU, it is possible to suggest that Belarusian behaviour does not meet up to Russia’s expectations. According to the Belarusian Ministry of Foreign Affairs Belarus “fully supports the development of equal dialogue and comprehensive cooperation with the European Commission and the EU member States (…), the long-term goal remains to ensure a balanced and a mutually beneficial cooperation with both the European Union and Russia”.

This does not mean, however, that Russia is not interested in using its leverage to its advantage by continuing to subsidise the Belarusian economy and maintain the country in its sphere of influence. Yet, it appears that Russia just does not wish to pay the same price for that purpose, as in the previous years, anymore. 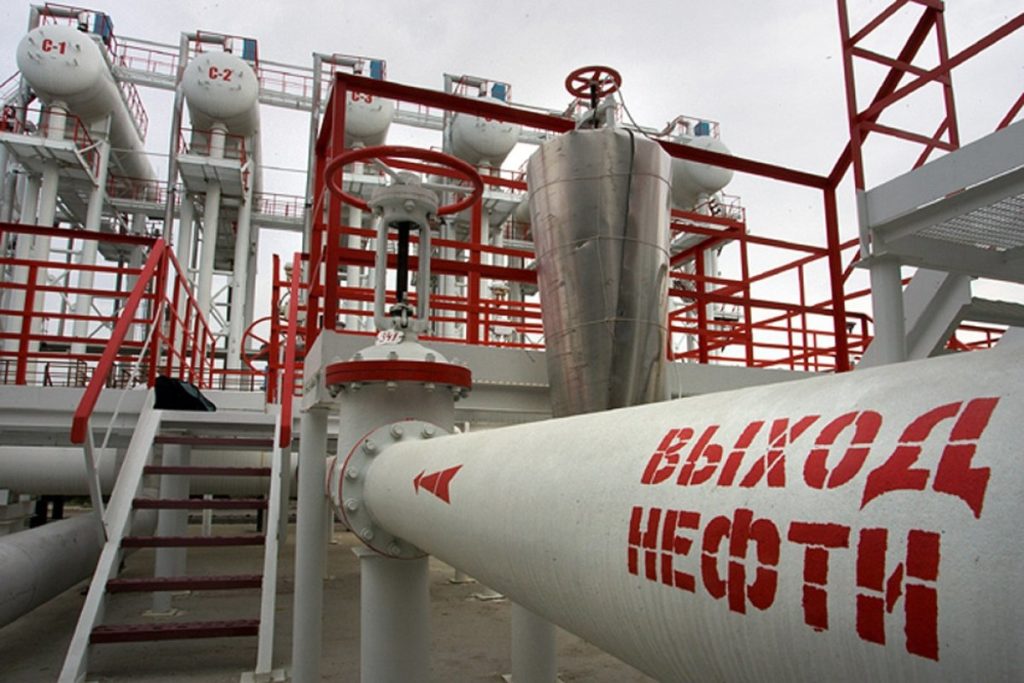 Due to these reasons and in addition to the relatively unstable situation in Russia concerning the petroleum exploitation and its export due to geopolitical considerations, the need for changes to the oil agreement between Belarus and Russia appears blatant. One could even argue that the issue needs an urgent resolution before 2019 as the oil tax maneuver will be already completed by the 1st of January 2019 in Russia, which will reset the export duty and, at the same time, increase the tax on mining.

As a result, the « domestic price” of oil will actually disappear in Russia, and the Russian and Belarusian refineries will theoretically have to buy raw materials at world market prices. Nevertheless, Russian refiners will be offered a compensation plan for the loss of income while no such privilege would be a priori provided to their Belarusian peers.

Belarusian authorities, on the other hand, have not given up and are trying to seek legal backing to counteract this measure. The country argues that any change in tax policy from the Russian side cannot be decided unilaterally as it would affect the duty-free arrangement signed and ratified by the three partners: Belarus, Kazakhstan and Russia, customs union that came into force even before the enactment of the EUEA. According to this agreement, the oil products coming from Russia into Belarus have no export fee, which is a perfect deal for Belarus. “By supplying oil products to Belarus, the Russian budget loses out on export duties”, explains Sazanov, head of the tax department in the Russian finance ministry. It is estimated that Russia supplies Belarus each year with around 2 million tonnes of duty-free oil products. It is therefore profitable for Belarus to buy Russian oil products not only for the internal use, but with the goal of re-exporting that oil and transferring the duties to its own budget afterwards. In other words, this is what can be viewed as a “covert subsidising” of the Belarusian economy that is rather difficult to survey in the framework of the duty-free agreement. According to the same source, Russia is seeking to gradually reduce the supply in oil products to Belarus and is planning to cut it to 100’000-300’000 tonnes, which will inevitably cause damage to the Belarusian economy in the foreseen future.

In spite of this stumbling block, both countries are trying to find a viable solution which would enable Russia to implement its new policy without compromising the economy of one of its closest geopolitical allies in the CIS to a point of no return. This was also one of the points discussed during Vladimir Putin’s visit to Belarus on the 12th of October as part of his working visit to attend the Fifth Forum of Russian and Belarusian Regions celebrated in Mogilev (Eastern Belarus) this year.

Because of the drastic effects to the Belarusian economy and due to the increasing social discontent in the country, Lukashenko’s regime is trying to de-escalate the situation by controlling the rise in oil prices and making it less notable in addition to promising social compensations. In the near future, “Белнефтехим (the Belarusian State Concern for Oil and Chemistry) intends to adhere to a » restrained position on changing fuel prices” as stated by Vladimir Sizov, Deputy Chairman of the Concern. Nevertheless, he later added that the concern will monitor the dynamics of oil prices, together with the rouble exchange rate and the changes in the tax legislation in Russia. Sizov then declared that « depending on these factors, a decision might be made to further increase the prices”.

As for the latest revision of the agreement concluded with Russia in 2016, Belarus will eventually receive a moderate compensation from Russia amounting to 410 million US dollars for the year 2018. Minsk has already obtained the first 263 million US dollars from Moscow in the frame of “re-export” compensation. This transfer was solemnly announced by Anton Siluanov, Russian First Deputy Prime Minister and Finance Minister, on the 19th of October:  “We see that in connection with the rise in oil prices, our commitments to transfer the export duty on oil to Belarus increase, as compared to what was budgeted; We include 27 billion roubles [410 million US dollars] in the budget as additional funds for this purpose”.

Moreover, this was not the only financial aid given to Belarus for it received another 200 million US dollars to its budget in the frame of the sixth tranche of the Eurasian Fund for Stabilisation and Development (EFSD) loan as it was reminded on the 18th of October by the Russian Ambassador Mikhail Babich.

Until now, the global rise in oil prices has mostly worked as a favourable trigger for Belarus. This was especially useful to cope with the problem of payment of external debt, for example. The Belarusian state debt was 3.7 billion dollars in 2018 and the government was planning to repay it in 2018-2020 at the expense of non-debt sources, this is primarily from oil duties. In that regard, thanks to the increase in world prices for oil, and the subsequent increase in the volume of oil duties received, Belarus is now expecting to repay half of the external debt instead of the original 25% this year. This is indeed a positive piece of news for Belarus that might render the economic climate healthier and help enhance the Belarusian rouble. The positive trend may even continue the following year thanks to the Russian compensation plan and additional loans from the EFSD. However, the situation is likely to reverse in the following years (starting from 2020) if no further compensation is provided by Russia as the losses from the “re-clearance” scheme and the new world prices, if applied, will add approximately 600 million USD dollars per year depending on the “black gold” prices evolution.

In a nutshell, a significant part of the Belarusian economy is extremely dependent both on cheap oil prices from Russia and the re-export duties to the EU; hence, it will certainly suffer heavy losses if no alternative compensation or other sources of income are found by 2020. The degree of Russian “solidarity”, the commitment of the EFSD to genuinely improve the macroeconomic situation in the country as well as the potential increase in foreign investment from the European partners or China and the response of the Belarusian government itself to this unpredictable challenge will all play a vital role for the coming period.